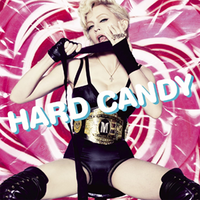 and back to Madonna, some of the World Tour dates have been released, and she is coming back to Montreal again.