“…but I thought you were going to Croatia?” - “…but didn’t you say instead of Croatia Istanbul was your next choice?”.  Yes, yes and yes people, typical me, thinking about going somewhere and at the last minute deciding for an unexpected place.  Just like the time I was planning to go to Australia and I ended up in South Africa instead.

It was a last minute decision, when initially I thought I was going to go to see the Adriatic sea, or where Asia meets Europe, instead I ended up in the island where literally the American and European continent are breaking apart from each other. 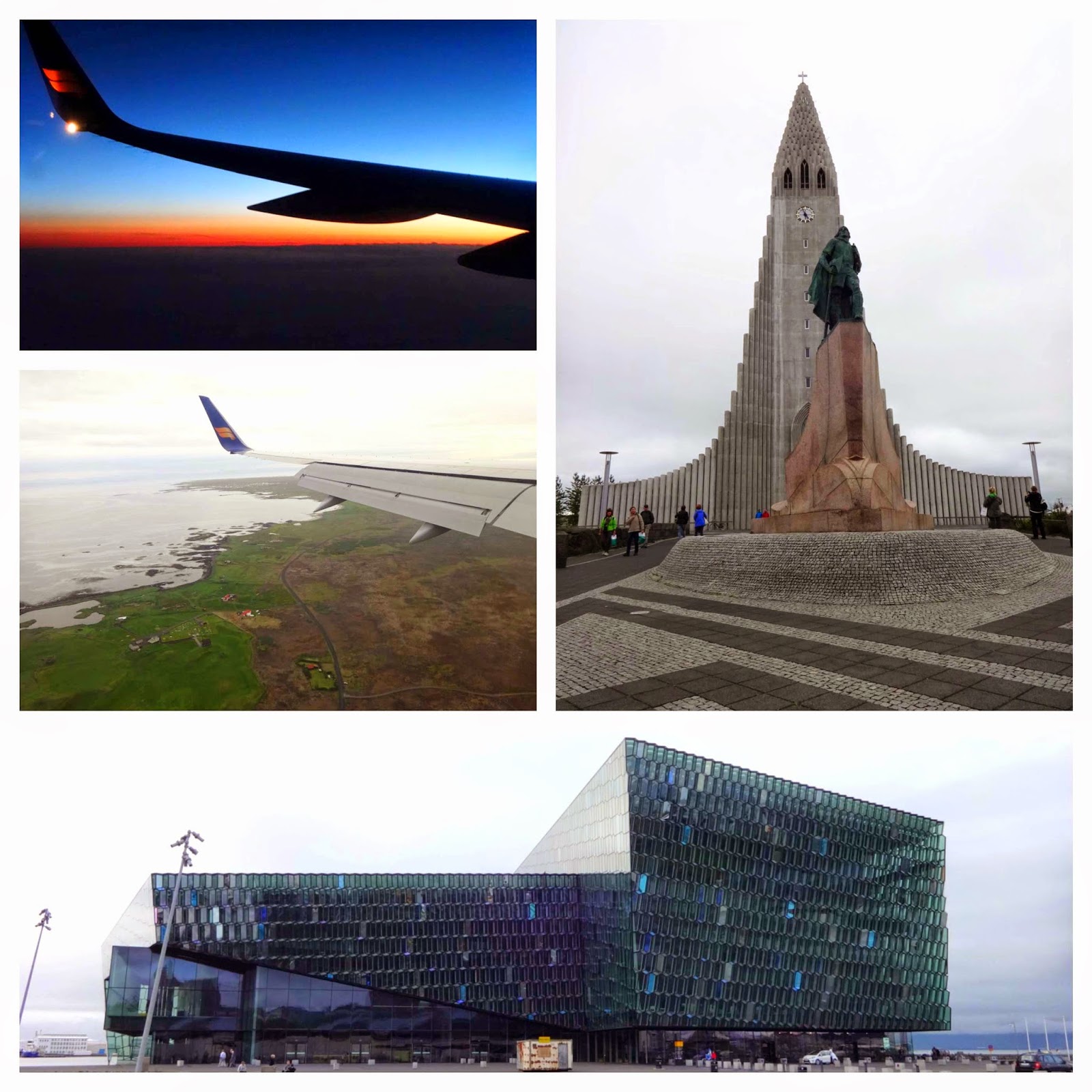 Let me tell you something, nothing will prepare you for how beautiful this country really is, and how expensive things are.  Paradise if you are into photography because the pictures you’ll able to add to your collection will be unforgettable, and incredibly breathtaking if you are into outdoors activities because literately you will lose your breath by either admiring what you are seeing, or by getting to the top of the waterfall, mountain, volcano or whatever else you are climbing.

Due to the fact I had less than 30 days to prepare for my trip, and not much time to get everything ready I decided to book a Self Drive Tour.  I do recall one of my friends going to Iceland a while back and he suggested me to deal with the company “Iceland Tours”.   Checked around for reviews, and compared prices with the other companies and at the end I decided to book the 6 nights/7 days best of South and West.  Personally I didn’t think 10 days were enough to go around the whole island, unless I was rushing which is not my style, and second I wanted some time to chill out in Reykjavik.

Now if I had the time, I probably would had rented the car on my own, search for places to stay after had planned my itinerary, and perhaps it would had lowered my final bill.

During my research I also came across a French photographer that had visited Iceland and created a map with unique and detailed information about  the island - after some more research I decided I wanted his map and his Icelandic guide. If it fits your budget search for International Photographer.  The combination of a general detailed map, information from the tour company, and mainly the International Photographer kit were my tools for my Icelandic adventure.  Every night I would decided what more or less my route the next day was going to be.

Iceland is only 4 hours and 15 minutes away from Halifax, and if you traveling from Canada, there are also directly flights from Toronto, Edmonton and Vancouver.   Fishery used to be the main pillar of the country’s economy, followed by aluminum, but it seems tourism just became the most important activity.  Now lets not talk about volcanos with funny and unpronounced names that are trying to disrupt the European air travel alright?

June 15, 2014: I was a bit disappointed I didn't get to see a nice view of the island while approaching the airport, I had booked window seat just for this reason but that’s okay, it was a short flight with Icelandair (you need to pay for your lunch/dinner on the flight people).  During the flight it seems someone needed medical assistance, and it was comforting to see around 10 doctors stood up when the flight attendant asked if there was a doctor on board.

Arrived super early (5:30am) and initially I had thought about going to the Blue Lagoon, but they only open until 9:00am, so I stayed behind trying to see if I could fit the wrong size SIM card I had bought onboard the flight into my Android phone.  I didn’t notice they gave me the one for the iPhone. 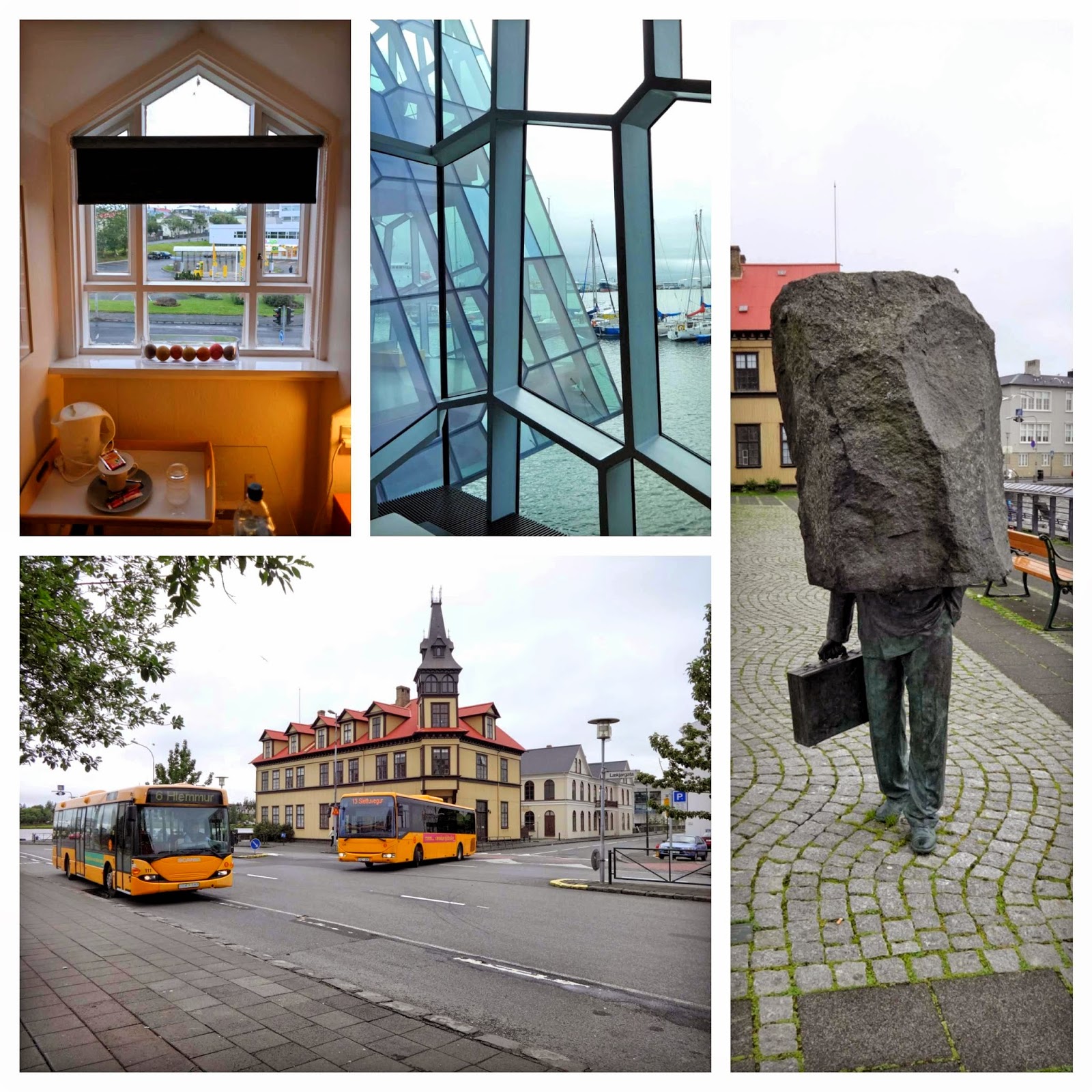 Took the bus to Reykjavik (voucher issue by Iceland Tours cause I was going to pick up my rental in the city) and made it to my hotel Gistiheimili Snorra.  Cute place located not far away from the Hallgrimskirkja cathedral.

Waited a bit until I was able to check into my room, and then I decided to explore Reykjavik. This is when I learned how the weather in this country was going to be during my whole trip: unpredictable.  You have to be ready for anything and everything, and dress in layers.

The first impression: the cathedral was going to be my point of reference, it can be seen from anywhere in the city.  Super pedestrian friendly with generous cycling paths, and probably 99.5% of the population speak English.  English signs are also displayed everywhere so as a tourist you will have no issues in finding your way around, and if you do just ask for help.

I walked around the main street towards the historic Midtown and Harbour, and this is when I noticed the Harpa building, which is the Reykjavik Concert Hall and Conference Center.  It looks modern and interesting, and I did go inside.  Talking to some locals a couple of days later, I was told they wished they had hired a local architect to build something more in synch with the city.  Midtown is the place of the first Viking settlements, and it is full of restaurants/bars.

Later on the Hertz people came to my hotel to pick me up so I could get my car rental for the week, and then I just planned my first day of driving in Iceland.  As aforementioned I decided to concentrate on the West and South part of the country, and the first part of the trip was going to take me to the Snæfellsnes peninsula, located Northwest of Reykjavik, with some pit stops along the way. 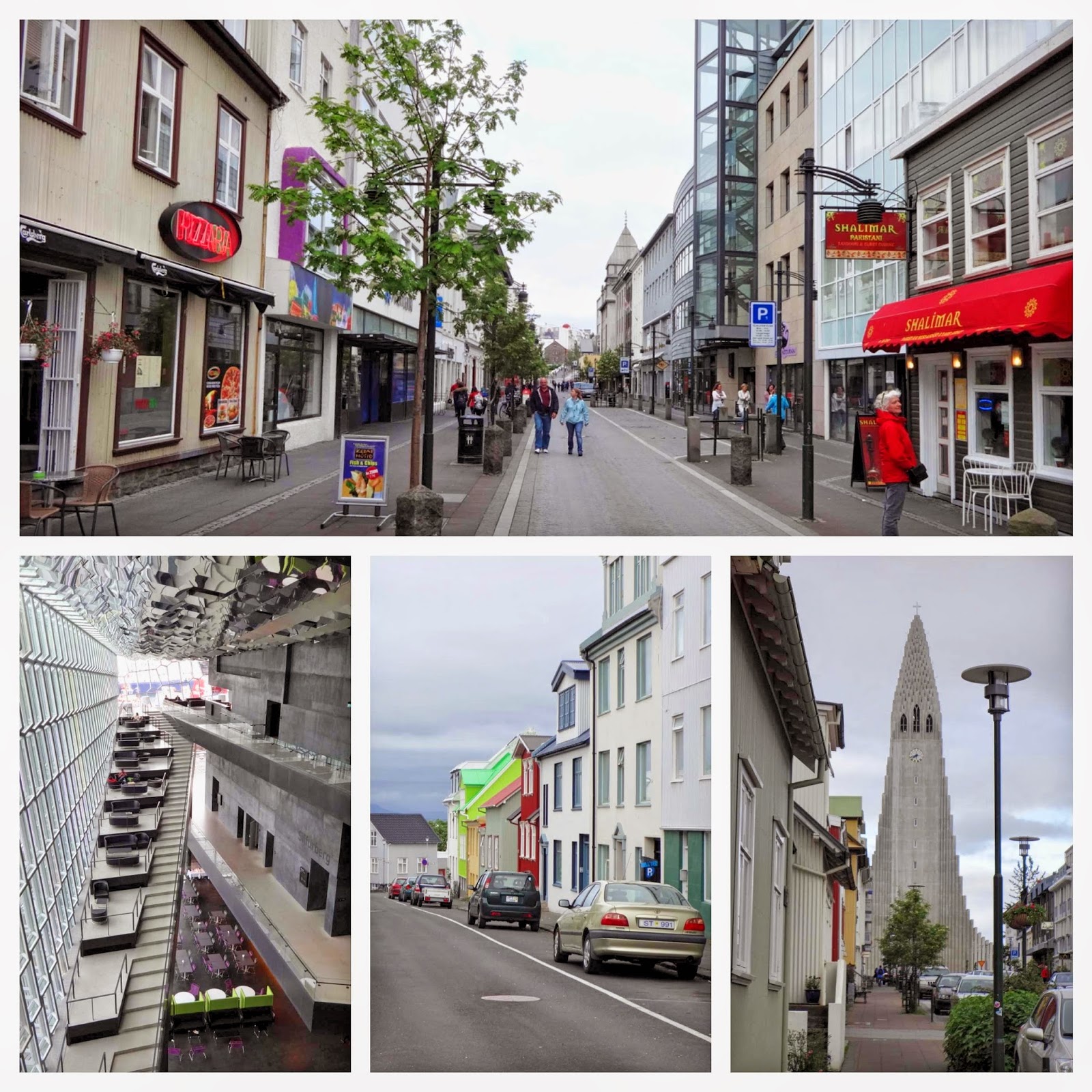 General tip for drivers using GPS, make sure to use the Icelandic keyboard, otherwise you will have issues in finding your destinations.  One more thing, if you have an address and the GPS/Google Map gives you a similar name but not exactly what you typed, the chances are that it is the correct place.  It seems in Icelandic when you are talking about and of something the suffix of the name changes. As an example, Patius (me) and Patiuer (me in a different version) would be the same thing in Icelandic, the difference is if you are talking of me or about me.