Siem Reap was super hot and humid when I left to Saigon, and I couldn't believe I was in my last couple of days of my first Asian trip. 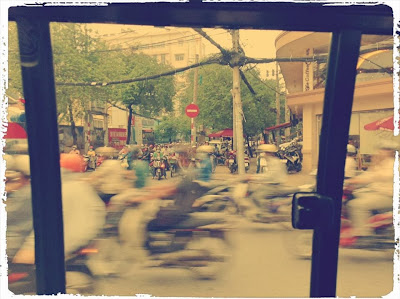 If you planning to re-enter Vietnam in the same trip, make sure to get your multi-entrance visa, otherwise you will get in trouble.  The flight was good and the hotel had sent someone to pick me up, and the Beautiful Saigon 3 Hotel was a good choice,  located in the District 1 it was the perfect location because it was relatively close to everything I wanted to see and it was a a really cool area at night time. 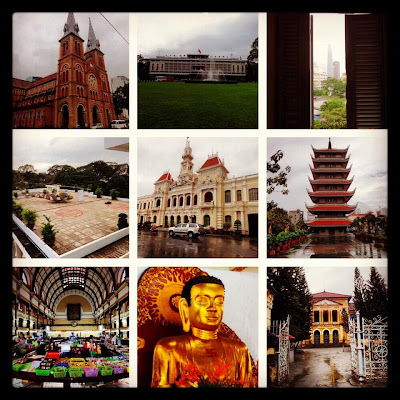 Saigon is another big city with lots of traffic and probably it has the best night life in Vietnam.  Yes, you are also going to see tons of motorcycles everywhere, and the good news is they respect the traffic lights a bit more than in Hanoi (savages).  Listen, I know some people will totally disagree with me, but unless you are planing to use Saigon as your base to visit the Delta area or the Tunnels, I don't think you need to spend more than one full day in the city, specially after seeing Hanoi, which I really liked.

You definitely have to visit the Dong Khoi street area, where you will find the General Post Office, the Notre Dame Cathedral, the People's Committee Building, the Rex Hotel, Municipal Theater and other places. It is nice, but it did not take my breath away.  I do have to admit it was mind blowing to walk by buildings where so many historic moments had occurred during the different wars this country faced. 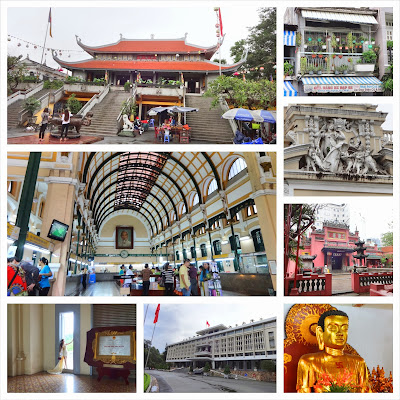 I ended up walking for many hours and going to places where probably not many tourists go. It was also the only city where I got rain on, not much but enough that I had to buy a umbrella for 50,000 dongs (down from 100,000).

The Independence Palace has a freaking american helicopter parked on the roof, it reminds you of the famous April 29, 1975 picture of the roof top at the 22 Gia Long Street, when American citizens where  evacuated via helicopter after the Fall of Saigon - by the way I believe you are not allowed to go up this famous roof top, just wait until they figure out they can charge big money for people to go up. 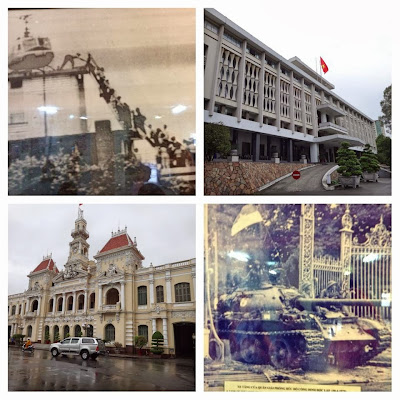 I also visited different markets, pagodas, and museums. After a full day of long walks I returned to the hotel to take a nap, and once I had recharged my batteries I decided to explorer the surrounding area, and this is when I discovered I was staying in ground zero of the night life of the city.  Food was amazing and everywhere there was a place to sit down and have a meal, beer or just a nice conversation with someone  seating in the table next to yours. 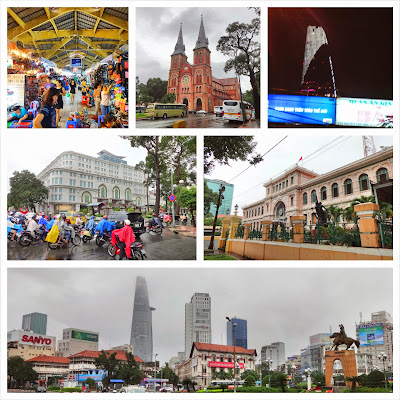 There was a place I wanted to visit but ended up not going, and if you have time in your hands - I was just lazy - try to visit the Cao Dai Holy See, located 96 km North West of the city, I've seen the pictures and some people told me it was worth the trip.

The next morning I just wanted to find a place to sit down, have a coffee and enjoy people watching, and foreigners should not be allowed to drive those moppets in town, they can cause accidents.  Anyway, after a small walk, I found a really cool place to have a coffee for a couple of hours until it was time to fly back to Hanoi, where everything had started 2 weeks earlier. 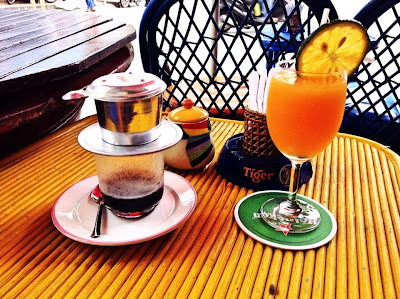 Returned to Hanoi the night before and I went back to the hotel where I had spent my first night in Vietnam, the Hanoi Elegance Ruby Hotel and they even had a bottle of wine waiting for me in the room.  Guys, if this hotel is in your price range, just book it, they are going to bend over all direction to make your stay the best you can have in the city. 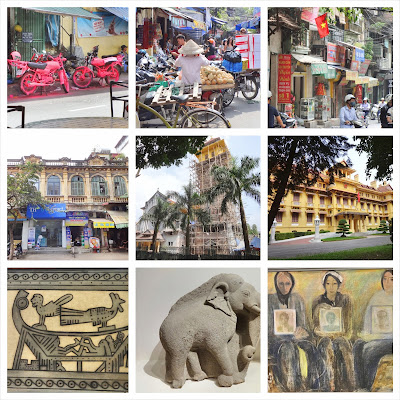 This was my last day in Vietnam, and I had a whole day in Hanoi because my flight was not leaving until almost midnight.  I decided to go to places I hadn't seen at the beginning of my trip, including the Vietnam National Fine Arts Museum, where I found myself openly flirting with this cute foreigner from a far away land, then again I was also from a very far land right? I was impressed by the size of the camera of this foreigner.

After a while I ended up in the old quarter of the city, walking around trying to find the best place to have a beer. RockStore Hanoi was the place I chose to park myself, located in the Pho Ma May street. This is where I met this Swiss guy, had some beers together and decided to go for dinner somewhere not far away from the bar.  In this corner there were several bars and tons of people seating in the children plastic chairs I was so used seeing by now. At this place we met a couple from Germany, another from Vietnam and a bunch of Dutch guys that thought I was American.  Anyway, it was the best way to end my trip in Vietnam, having fun with different people from all over the world.

Not once I felt scared for my security in the country, and I did not have any issues in using credit cards at restaurants or hotels (Visa/MasterCard), obviously some places only accepted cash but nothing a visit to the closest ATM could not resolve.

Finally it was time to catch my flight with Asiana Airlines, and 26 hours later I was arriving in Montreal.  If you asked me now why I went to Vietnam, I will tell you because it is a country full of energetic and hard working people, very diverse, and full of natural beauty, and you would be a fool if you were not to add this country in your travel plans.

Vietnam, I might never return not because I didn't enjoy the trip, but because there are so many other places to visit. Nevertheless you have won my heart and I will always think warmly about you. 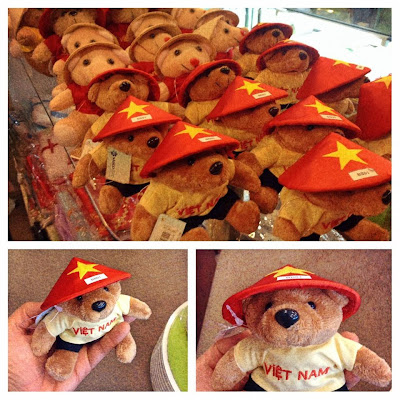