Today my final destination was going to be Reykjavik at the end of the day, with some small pit stops along the way, at least this is what I thought.  My tour guide information was telling me I would drive through Selfoss and Hveragerði all the way to the big city, or stop by the Blue Lagoon on the Reykjanes Peninsula. 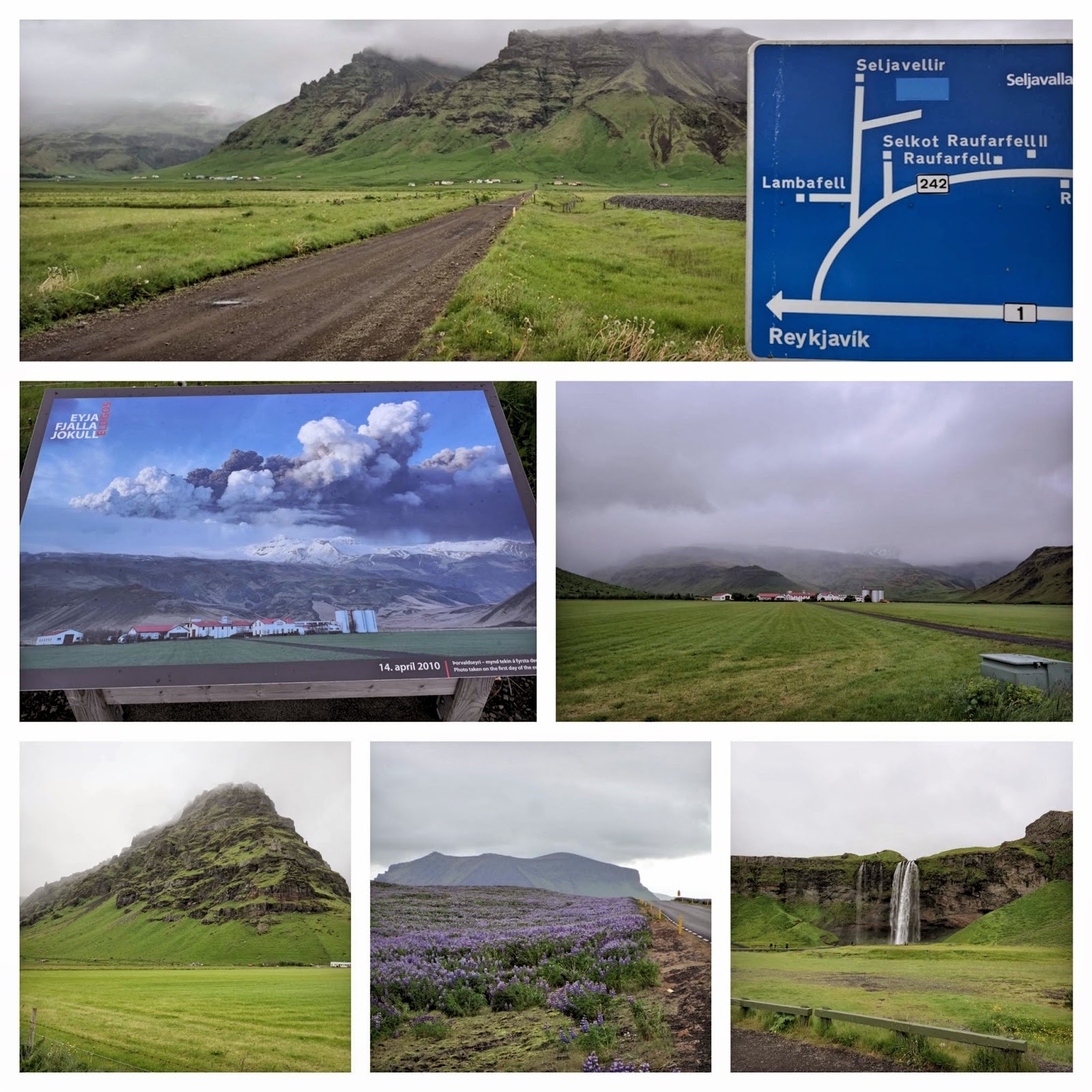 Left my Eystri Sólheimar accommodations early in the morning and I told myself if I saw the entrance to the C-47 Dakota airplane I would stop but I didn’t.  The weather was just beautiful and just leaving the area was breathtaking.  On my way back saw several now familiar places, Skógafoss been the most spectacular of all, but there was something bugging me.  According my map there was a waterfall that I kind of missed when I went to Seljalandsfoss, I also had decided I was going to try to go to the archipelago of Vestmannaeyjar, and the exit was right near Seljalandsfoss anyway.   After spending around 10 minutes looking for the waterfall I realized that I had already seen everything, and I did notice on my way in this girl asking for a ride. On my way out I stopped and told her I was driving to Westman Islands, to try to catch the ferry. 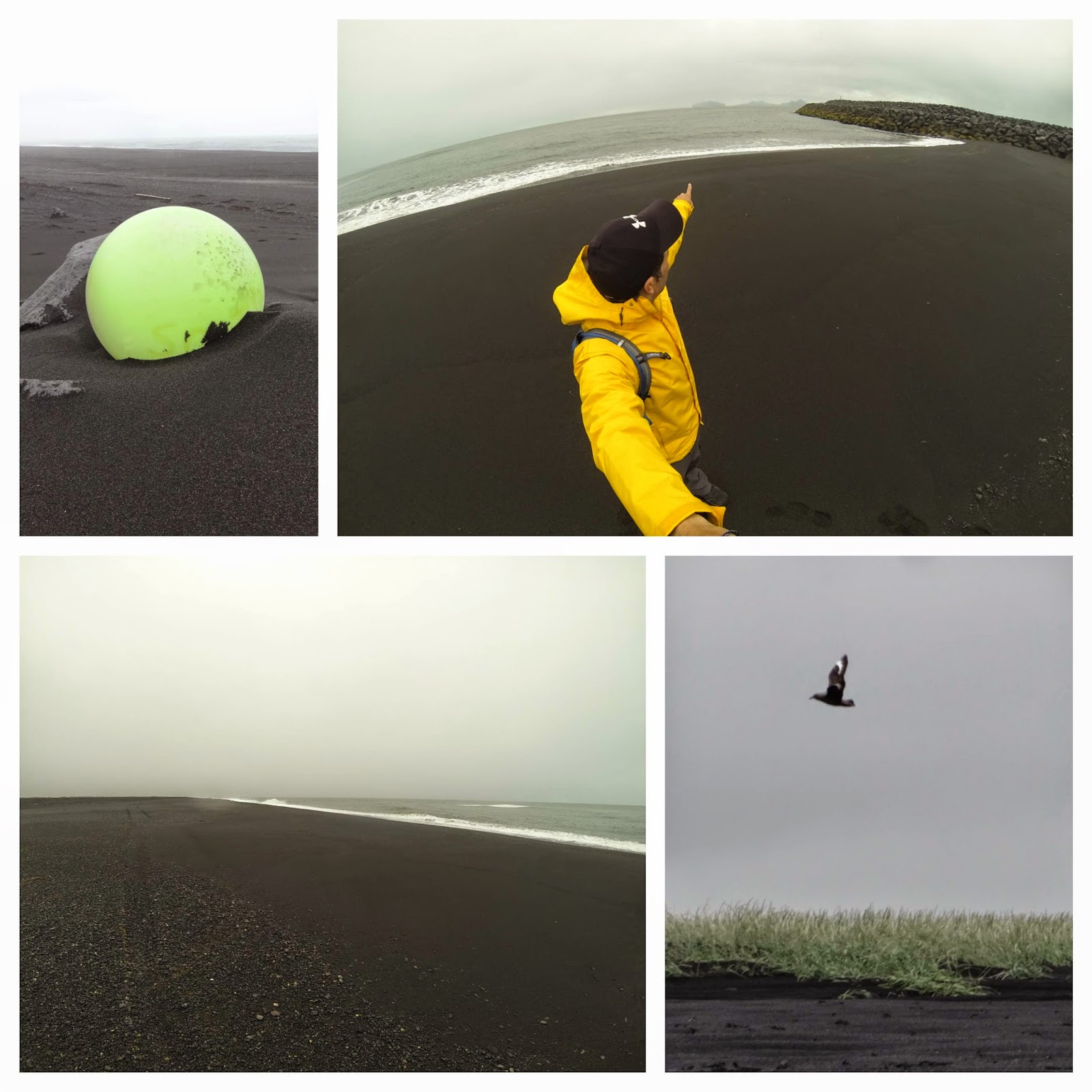 She decided to come along and this is how ladies and gentlemen I picked up my second hitchhiker in Iceland. An Austrian alternative earthy folk singer that was in town for the Midnight Sun Music Festival happening on June 20-22.  Yes, I totally forgot I was going to be in Reykjavik for the longest day of the year.  I guess I was supposed to picked up this girl in order to find out about this festival right? The problem was that because I spent 10 minutes in this mini detour we arrived 10 minutes too late to catch the ferry to Westman Islands.  The next one was only departing 3 hours later.  i should had checked the timetable, but you know what this is my vacation and who cares right?  The weather was just horrible, you could barely see the island from the shores and my hitchhiker had already moved on with another ride westwards. I thought about it and after talking to one of the attendants, she advised to walk around the black sand beach in the area, I decided to wait for the next ferry. Guess what?  The walk around the black sand beach was just uplifting, even if it was raining, foggy and windy. Just looking at the ocean, seeing those birds that were still trying to kill you, it was just so peaceful.  By the time the next ferry was leaving (1:00pm) the weather had cleared already and you could see very clearly the majestic archipelago.  If I had taken the first ferry I would probably not been able to enjoy the islands as much as I did.  By the way, I left my car behind in the parking lot, you really don’t need your car in this place. 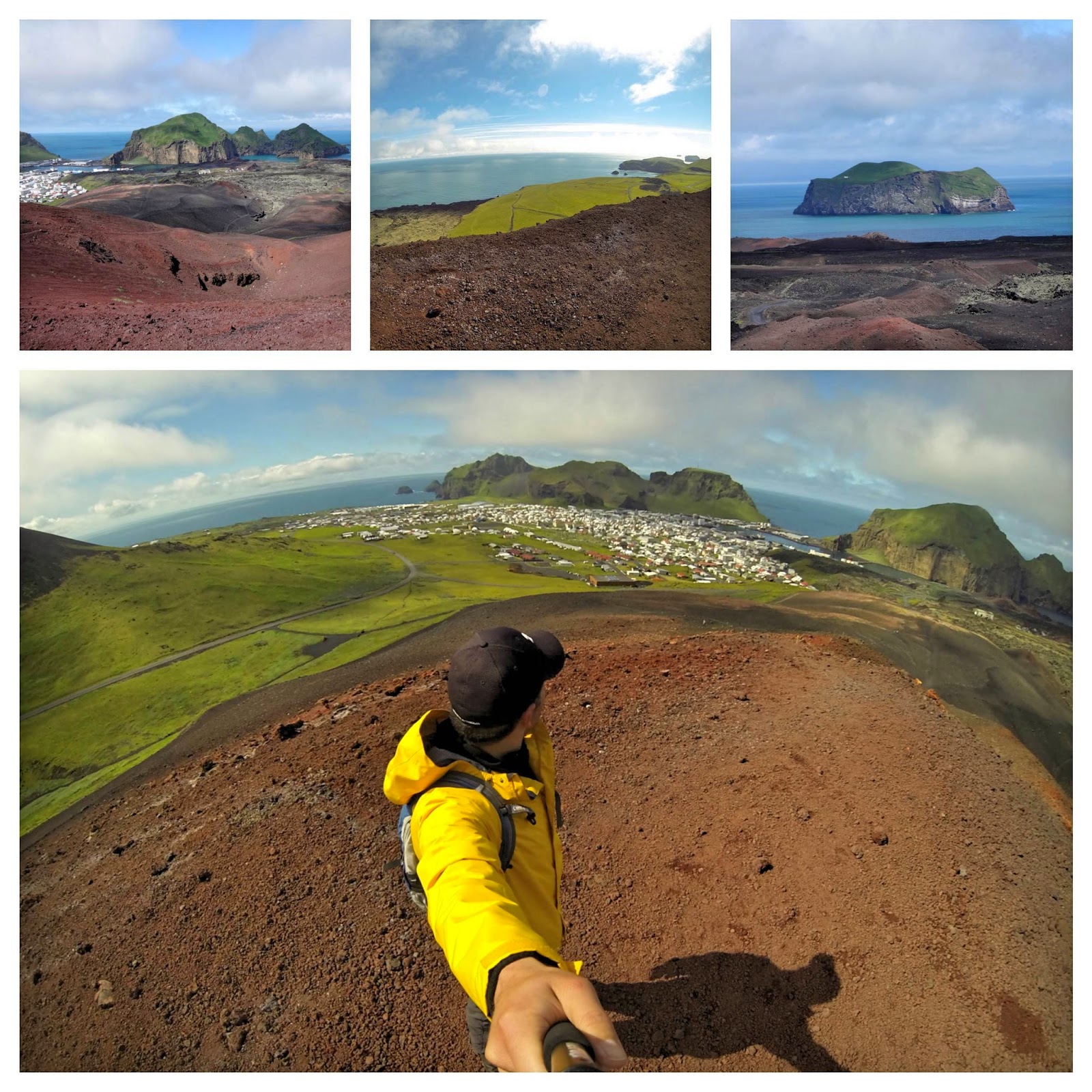 Let me tell you something, there is Iceland and there is this archipelago, they are so different.  Remember, these little islands were affected by the eruption of Eldfell volcano in 1973, which destroyed many buildings, the population was evacuated to the mainland for a couple of months, and according to the movie I saw about it Icelanders tried a new strategy to save the town, by applying billions of liters of sea water on the lava flow.  It is just fascinating to be able to actually climb the volcano that caused this disaster, and you actually have the option to climb a couple of other mountains, some are almost vertical climbs, kind of scary actually. The most important fishing fleet of the country is located in this place. The town is very cosy, perfect to spend some relaxing time in a coffee after all your physical activity.  First thing you will do is to decide which volcano to climb, and I picked Eldfell. Not a too difficult hike, and there are many ways to get up to the top.  Just make sure to dress in layers, because it will get super windy at the top.  The view is just magnificence, you feel like you are part of the National Geographic documentary. Regardless which way you look, there is always something super interesting and you start wondering if you should stay overnight to bike around and get to see the other side of the island.  I know I said it before but nobody told the lambs they are not goats, seriously how are they able to climb those almost vertical hills?

Really enjoyed my time in this island, it was the best decision I made to wait for the next ferry instead of just driving back to the big city.  The weather was just perfect and I got to walk around a lot, to see more incredibly scenery of this nation.  If you are traveling to Iceland please make sure to add this archipelago to your itinerary, you won’t regret it. 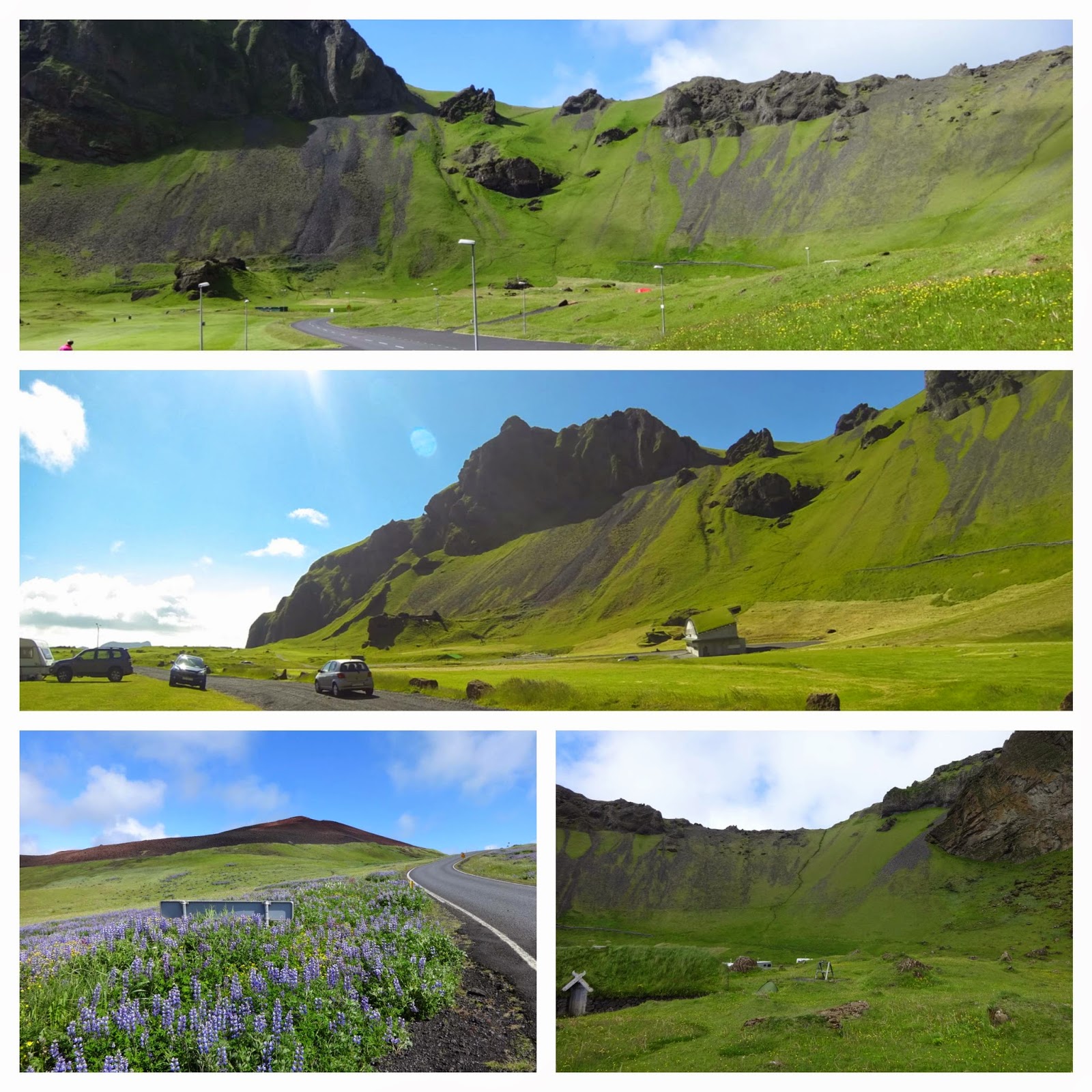 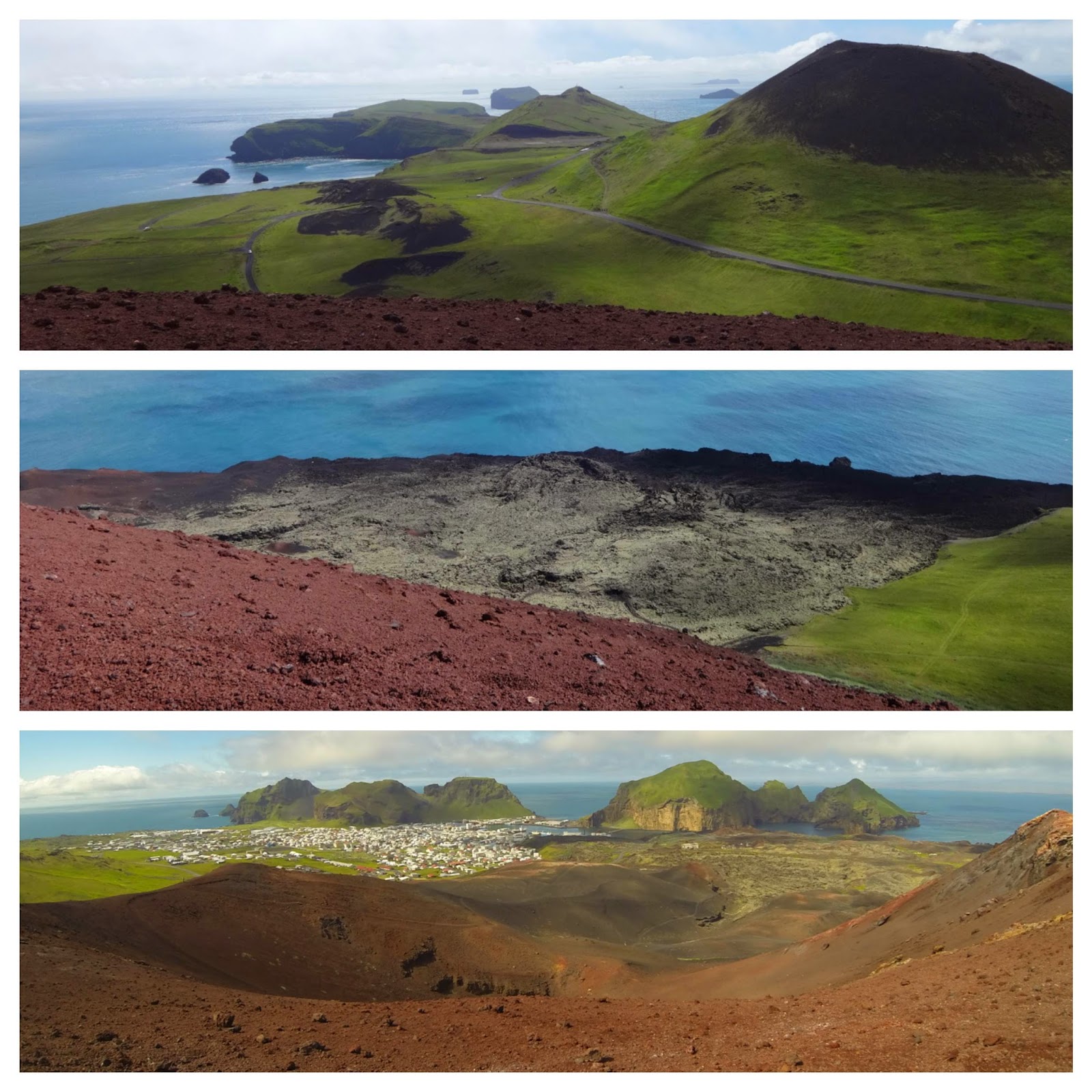 After a couple of hours touring Westman Islands I took the ferry back to the mainland and drove back to Reykjavik. Yes, I ended up driving through Selfoss and Hveragerði, I had dinner in one of those town, actually bought a sandwich (CDN 10.00) on a supermarket and eat it along the way. 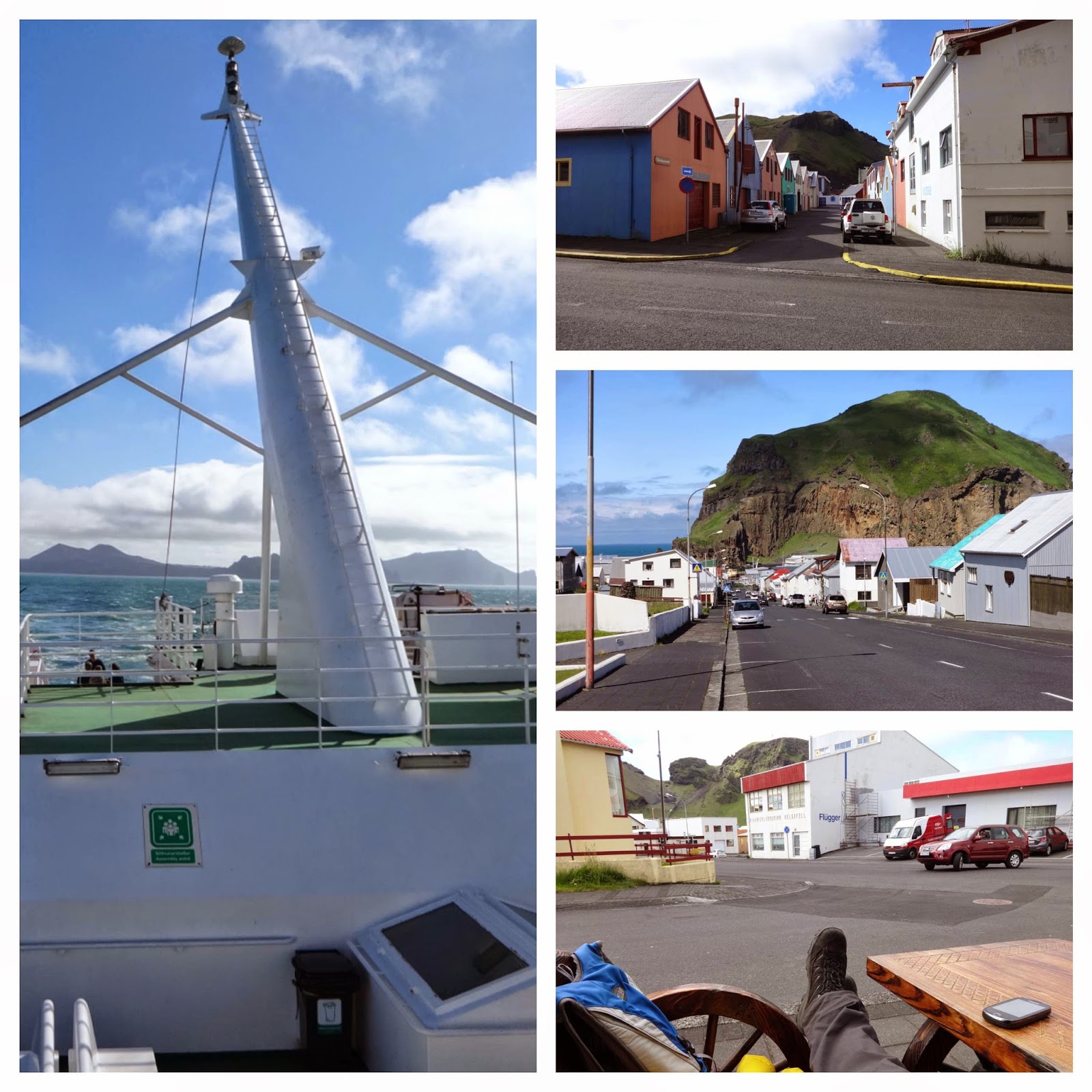 I arrived a bit late to Gistiheimili Snorra guesthouse, and I really wanted to have a beer, but there was none there unless I went to a pub, and I was too tired to move.  What a great day this was, and now I was back in Reykjavik where I would spend my next 3 days exploring what is this place was all about.