Finally the trip to the country I've been planning to visit in a long time happened, and I must say only Australia has been in my hit list longer than Croatia, and surprisingly 3 friends tagged along.

Everyone knows how difficult is to plan a trip with more than one person, luckily this was more or less a dictatorial voyage, because only after the trip was planned was when my friends decided to come.  14 days in Croatia and 4 days in Istanbul was my schedule.

Although compared to Canada, Croatia seems small, it is important to narrow your trip according to your interests and time available.  Some people like to travel in a fast pace, others super relaxed, and I guess I'm more or less in between.  In 14 days I knew I wanted to visit Zagreb, Zadar, Dubrovnik and some Island in the middle of the Adriatic Sea. 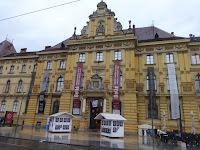 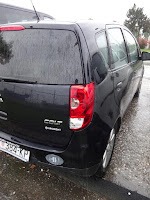 As usual I used TripAdvisor, Lonely Planet, Reddit and other online publications to do my research, just keeping in mind what is good for someone might not be so exciting for you.  Camera equipment included my point and shoot Sony DSC-WX80, Samsung NX300M and GoPro Hero 3, and I also brought a cheap Android smartphone Blue Studio 5.0HD LTE, which I had decided to used also as my GPS for the driving part of the trip.

The final itinerary included Zagreb, Plitvice Lakes National park, Zadar, Split, Hvar, Korcula, Dubrovink and Istanbul in Turkey, and together with my friends we looked like the colours united of Benetton, how Canadian eh? 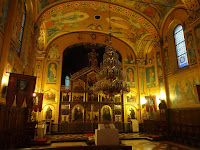 May 22, 2015 - left on Thursday and thanks for Swiss (narrow seats by the way) and Croatian Airlines I finally arrived in rainy Zagreb on Friday a bit after 1pm, and two of my friends had arrived 15 minutes earlier so they were my warm welcoming committee in this country where almost everyone is tall and beautiful.  Can someone please tell me what do they feed these people?  Great genes all over the place.

Initially I had planned to rent a car just for a day to visit to Plitvice Lakes National park on our way to Split, and after some research I figured it was cheaper to rent a car for 4 days than just 1, thus I could add the city of Zadar since I actually wanted to see their famous sea organ. I used the broker "Cheap Car Rental" to book my car and they assigned the company HM rent-a-car.  I had never heard of them so I was a bit nervous but not too much since I have a wonderful credit card (AMEX) that covers even alien abduction (read my Iceland Rental Adventures for more information). 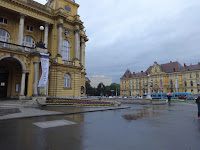 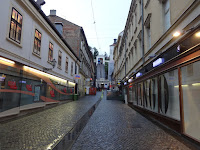 Bought a €11 SIM card from T-Hrvatski Telekom at the Postal Office in the airport, which gave me unlimited mobile internet for 7 days plus HRK 5.00 credit for local phone calls.  Once the rental was packed with our stuff, pictures of the Mitsubishi were taken (they can be helpful when returning the car), and on our way we went. Initially I couldn't figure out how to make the internet work on my cell phone, and good thing I had downloaded the Google Map of Zagreb, otherwise it would had taken a bit longer to get to our hotel (Westin Zagreb). 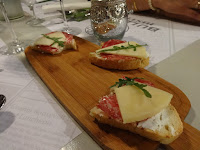 In less than 30 minutes we arrived to the hotel, and the first impression,   the hotel was beautiful and loved the view but was it going to stop raining?

Last year I spent 10 days in Iceland (Read Entire Review) and I had acquired some good waterproof hiking boats, rain coat and comfortable waterproof pants thus I was ready for this type of weather.  I had warned my friends it was supposed to rain for the first 2 days in Croatia, but did they listen to me? Nope, probably they were too excited because instead they brought this fabulous yellow plastic ponchos that in no time looked like they had just been part of the war to free the fish from my aquarium.  Their shoes were soaking wet and I can only imagine how smooth their feet were at the end of the day.  They looked miserable walking around the city, finally after getting some good and not so cheap rain gear, they were feeling adrenalized to be in this country where ......shit, everyone is beautiful!

Zagreb is an easy city to walk around, and it is a pity many people do not spent time here. I would highly recommend all travelers to spend at least 2 nights if possible exploring this charming town, because the rest of the country look very different.

I'm pretty sure all the buildings and places must look even prettier if it was sunny outside.  We got some break from the rain here and there and we took advantage to go out and find a pretty good place to have our first Croatian meal with some local wine.  It didn't matter if we got rain on because we were very happy to be in Zagreb ready to have a good time.  The night ended in a cute basement restaurant with a nice skylight that let the sound of the rain thru.  We talked about life and tried to fix the problems of the planet as we had done countless time before.  Beautiful start of the vacation 2015.

May 23, 2015 - Saturday morning and where to have breakfast was the big question of this morning, and lets just go cause the rain might just start pouring again.  We walked not far from the hotel and we found this restaurant called Tiptop, and we were probably their first customers.  We ordered food and not long after it began pouring again.  The food was not bad the only issue was they were cleaning the mess from the previous evening, and the carrying all the empty bottles outside.  It was so noisy and not relaxing, but hey I won't complain because the place was really cute.

We had 2 nights in Zagreb, but in reality Saturday was the day we were going to do everything since the following morning we would start to move towards the Adriatic coast.  It was rainy day so we decided to hit some museums and other monuments in lower town, and them hoping to have a better weather in the afternoon to hit upper town.

Beautiful museums nevertheless I kept thinking how prettier this city would be if it was sunny outside.  The rain was a real pain in the ass, then again if it wasn't because of the weather we wouldn't had visited the cultural side of Zagreb.

The city is worth a visit and not just a lay over while going to the coast.  Pedestrian friendly and an interesting old town, and did I mention they have the Broken Relationship Museum here?  The exhibit includes personal objects and some sad and happy stories, and sometime dark of what happened to those people.

If you are in visiting Zagreb in a short period of time, then include in your list Upper Town, St. Mark's Church, the Cathedral of the Assumption, Lower Town, the view from the Zagreb Eye, the Lotrscak Tower, and in case it's rainy don't worry because there are plenty of museums in town.