Happy with my visit to the caves,  I woke up early and left to the Dong Hoi train station to catch my Reunification Express to Hue, and surprise surprise, the train was 60 minutes late. Not a big problem since this is my vacation and I'm not in a rush to get anywhere as long as I get there right? 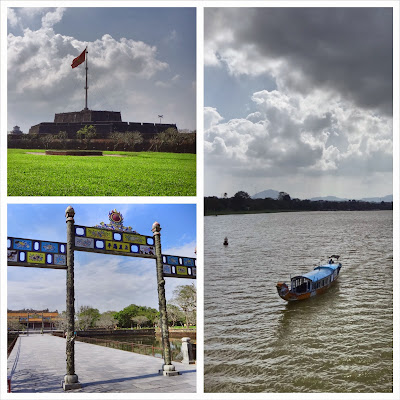 After a couple of hours of traveling I was checking into the Serene Palace Hotel in Hue, and man I was happy I booked this place because it is just beautiful, top of the line and it didn't cost me that much either. You are treated as royalty from the moment you set foot in their sidewalk. 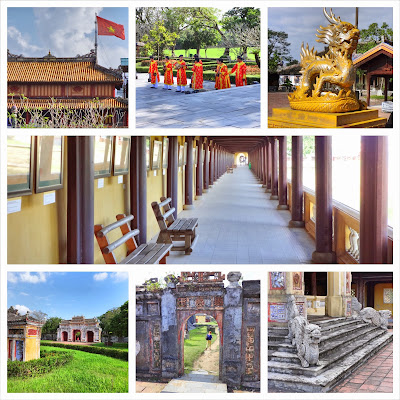 There are many place to visit in Hue, some north and others south or along the Perfume River. In the map you can see the biggest attraction of all is the Citadel, where the Forbidden city and the Royal palaces are located. On my way to the Citadel I met this Californian guy and we decided to visit the place together. 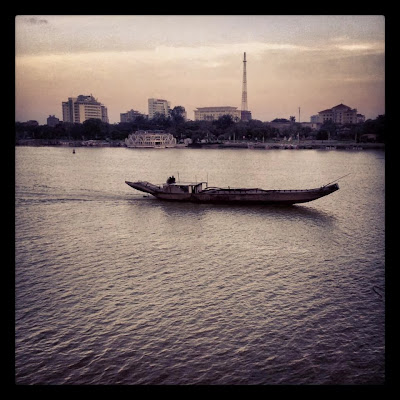 The Citadel is big and you can spend the whole day visiting, and there are many restoration works happening in the Imperial City.  Sometimes I felt I was in a maze because some building were similar, and I had to look twice just to make sure I hadn't been there already.  Pay attention to the details, you never know when you are going to see very interesting drawing or designs in the walls. 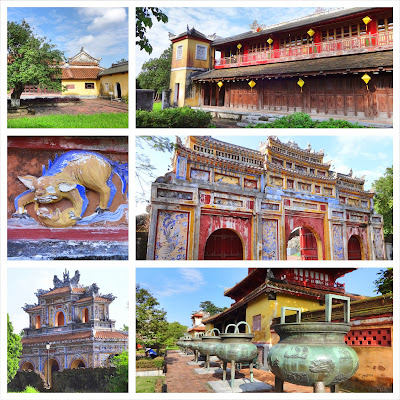 Some people recommended a trip in the Perfume River to visit different pagodas in Royal Tombs, but after a whole day of walking around I decided I had enough and would leave early next day to Hoi An. If you have time, make sure to do the Perfume River boat tour, and if you have even more time there are more areas to explore in the region. I also recommend the Hue Beer, it was actually refreshing and tasty, to tell you the truth I think each city has their own beer name after them, and I think I tried them all. 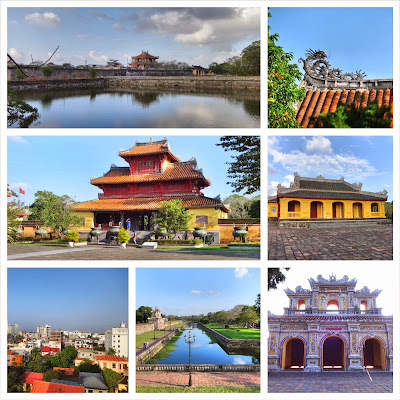 In the evening I met these Australian girls that were staying at the same hotel, and we had just booked separately two cars to take us to Hoi An, if we had know we would have done it together. I thought about the bus, which was only USD 10.00 I think, but I didn't want to spend too much time traveling, I really just wanted to get to Hoi An and agreed to hire the car for USD 60.00. In the morning I saw the girls again and I told the concierge to cancel my car because I was going on a road trip with the girls.

There are 2 paths to Hoi An, one via the tunnel which reduces your traveling time by one hour, and via the Hai Van Pass (Ocean Cloud Pass), where you basically touch the clouds. It is only 21km long but the curves, ups and downs through the mountains make you wish you had a red convertible, and the girls probably would had felt as if they were Thelma and Louise. 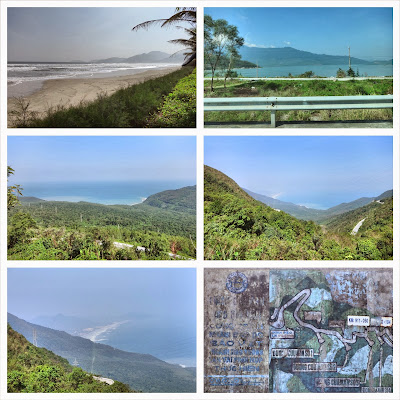 Speed limits in Vietnam are a bit lower compared to what I'm used, and most of the time our driver couldn't go over 50km/hr, which was okay I guess because I was there to enjoy the view and relax. After a couple of hours of traveling, and stopping at a local marble shop, we arrived in Hoi An.  They dropped me off at the hotel and continue to the temple of My Son. I was leaving to Cambodia the next day so I had no interest to see these temples, and I'm sure they are also beautiful.

If you ask me what is the city that comes first to my mind when I think of Vietnam, my answer for sure will be Hoi An.  As soon as we entered the city I felt super relaxed, time slowed down and I could smell the tranquility of the city in the air.  Yes, it is a very touristic city, but somehow this city of 120,000 people has been able to blend different influences into something unique, making this city a very special place. I could easily spend a whole week in Hoi An, and it doesn't matter the place is small, you just feel happy here. 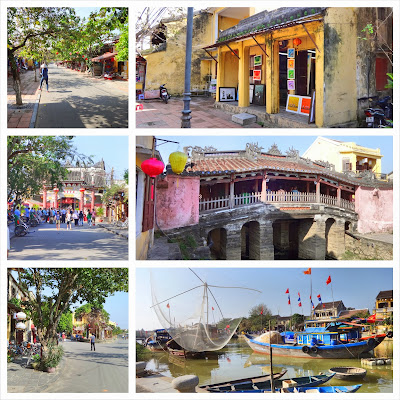 Once again I stayed at one of the Essence hotels, the Essence Hoi An Hotel & Spa, and oh my gosh, it was just beautiful and they treated my like a movie start.  If this place is in your price range, do not look for anything else because you will want to stay at this place forever.

There are tons of business and sooner or later you will be asked if you need a tailor to make your clothes at spec.  There are brand bag names been sold in the street, and I still don't know if they are legit or not.  Anything related to clothing this is the place you want to do your shopping, but most specially this is where you are going to relax and enjoy the slow pace of life. 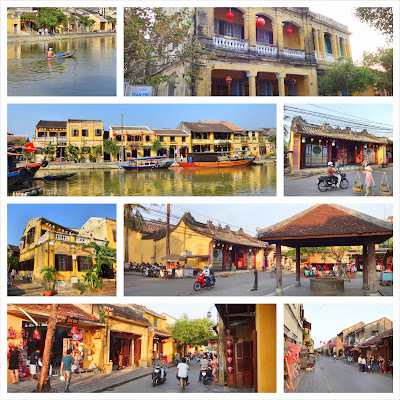 During the day you see those handcrafted lanterns everywhere, and at night time they are light up turning the city as if they were in a permanent light festival, just beautiful. 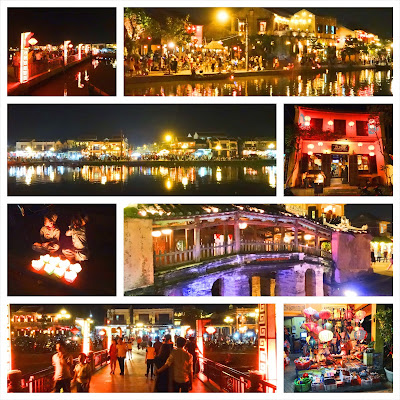 I ended up meeting the girls from Australia again, and we decided to have dinner together at this little place with a weird waitress.  I don't think she liked us because she was been ultra friendly with an Argentinean and German group beside us, but not too much teeth for us.  Anyway, great food in this little town and then we say our goodbyes. 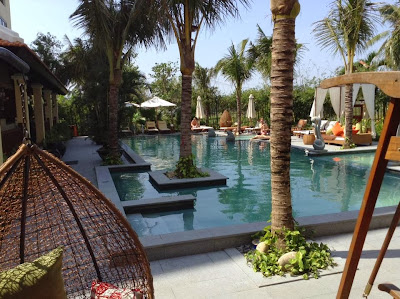 The next morning I took one of the bicycles from the hotel and went crazy.  I rode the bicycle for probably 5 hours and I finally made it to the beach by taking the Cua Dai road and I think I almost made to the end of the peninsula.  Hoi An is a beautiful city and this is one of the reasons I wouldn't stay in the beach resorts in the peninsula.  Plus the hotel had shuttle buses to the beach if I wanted to go, but it was more fun by bicycle. 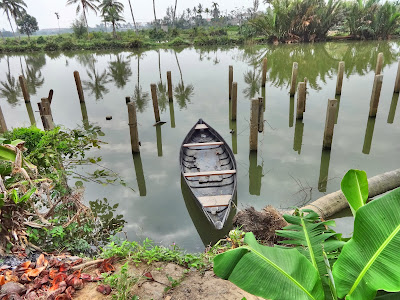 If you have time, please make sure to spend more than one night in this place, you will not regret it and finally you will understand why almost everyone is raving about this city.