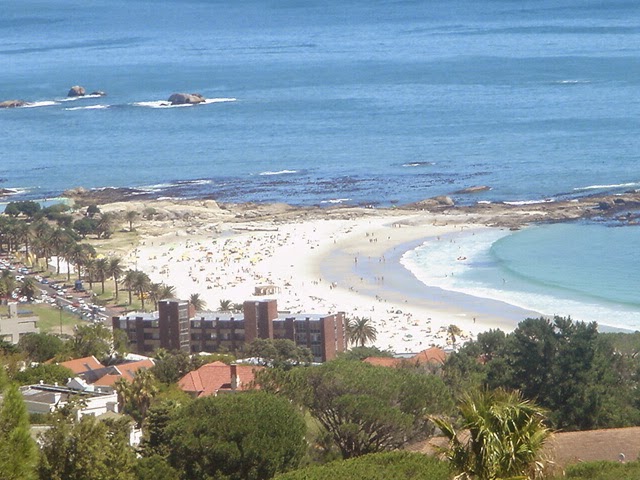 On Monday, the weather broke the record in Cape Town, it went up to +41C, which has been the hottest day since 1954, or some date around that year. I decided that I had to spend the day at the beach as well. Taking in consideration that I was woken up at around 5:30am by the Washington boys, they were going back to their home town and wanted to say goodbye.

Anyway, this time around I was not going to walk to the beach, instead there is this interesting method of transportation that is called the "Rikkis", which are basically these yellow super mini-vans that pick you at your place, and drop you off anywhere for a fee of R$ 16.00. 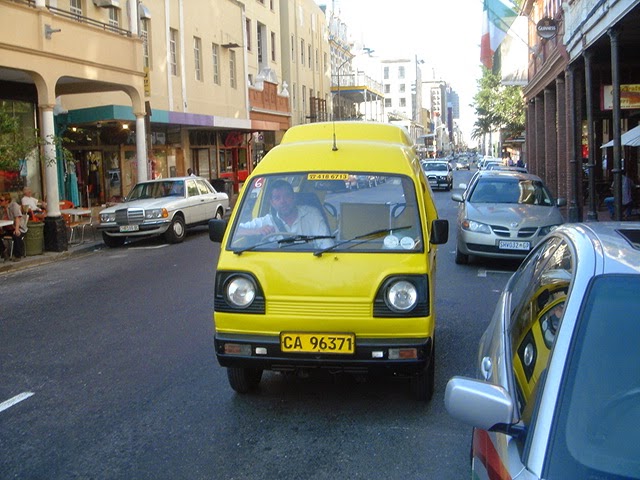 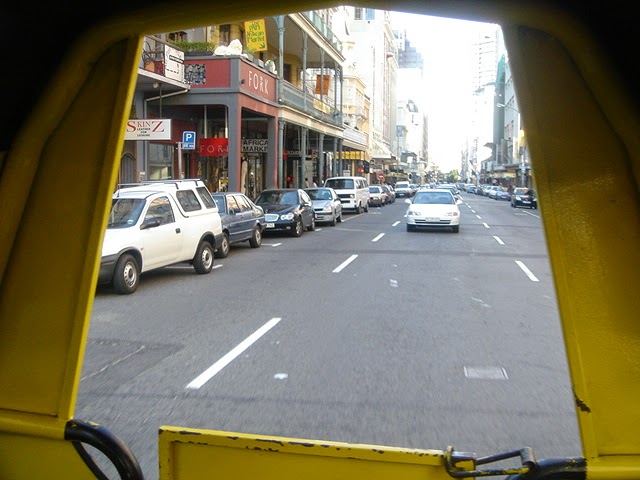 The locals I met here told me I had done something very dangerous, because they say those little mini-cars roll over very easily. I arrived intact at the beach, and I must admit, it was an incredible day to roast under the sun of Cape Town. At the beach I meet up with some people at had met in other locations, and it was fun to chat with them. It was also nice to appreciate the bodies lying down around where I was, oh man, oh man, delicious. 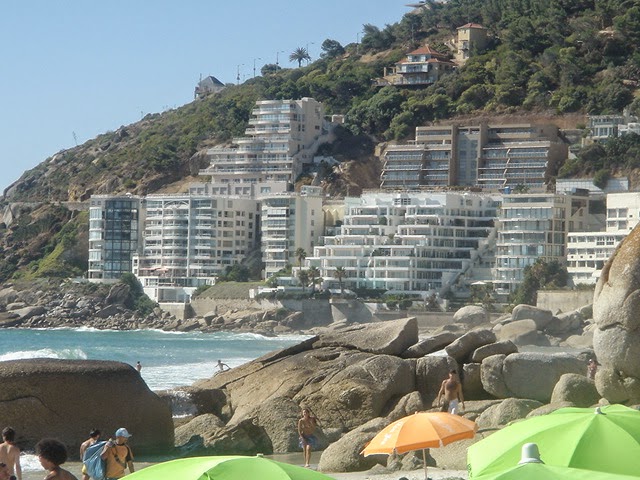 Besides the fun, of course there are other things that you notice in Cape Town. The contrast between the rich and the poor is just incredible. As soon as you leave the airport, you are able to see the famous Townships, a super poor city full of slums. I don't know how many live there, but let me tell you, there are a lot of poor people in the surrounding areas of the city. Then you get the city and you cannot help to see the number of luxurious car dealers everywhere. We are talking about Mercedes Benz, BMW, Jaguar's, Porches, Harley's and etcetera. There are also tons of furniture stores, and I'm not saying Ikea type of stores, more on the upper scale side of the business. They are everywhere but really everywhere, and the first that came to my mind was "who buys these goods". Once you start to walk around you will notice right away who buys them. On the sea side, you will find the most expensive real state of South Africa, beautiful houses with views to die for. In the other side of the mountain, you also find nice housing, not as expensive as the sea side, but nevertheless too expensive to have the poor people, mostly which are black, to afford. 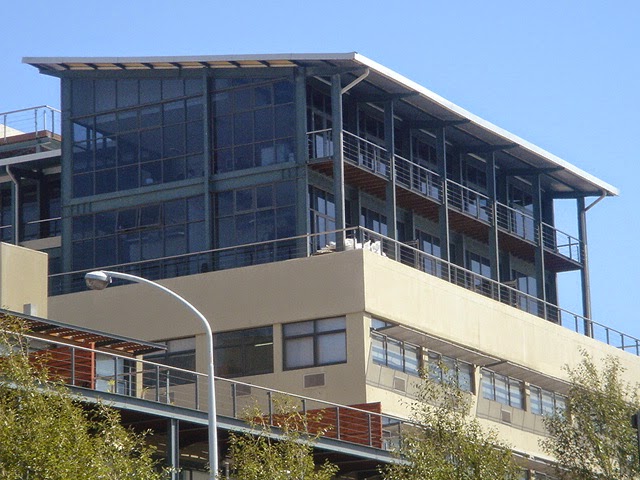 I'm sure South Africa has changed a lot since the end of the apartheid, and this city really looks like a first world type of city, with some minor exceptions, but as soon as you get in the "other areas" you know why this country is still a third world country. Some people that have visited this area, tell me they believe this social disparity cannot go for much longer, that something has to be done to change it. I might agree with them, somehow, but then I look to Latin America and I can see the same thing happening over there as well, and it has been like that for years and years, with no short term solution.

As long as a country has a political class that is corrupt, which believe they are in power to make themselves richer, at any cost, and to maintain their social status at the cost of the other people standard of living, we will always have this type of disparity occurring. If this way of life does not change, it will be impossible to make the people to believe and do the best, not just for themselves, but also to the entire society. 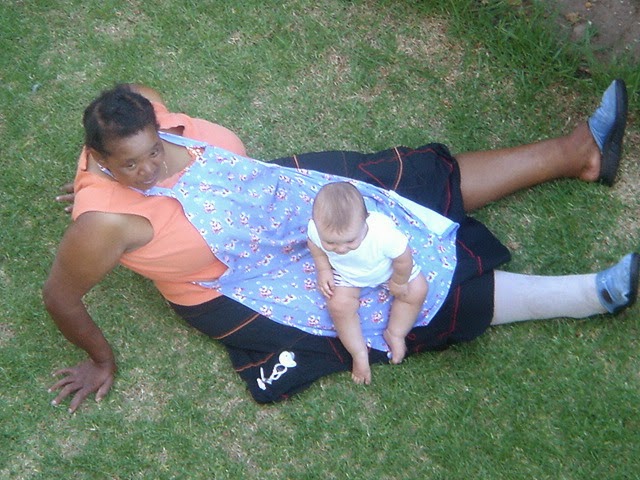 Last night I stayed in the house of someone I met during the day, and oh my gosh. Incredible house, located in one of the most expensive areas of the city. This person owns, not just a classic, made in South Africa, Beetle, but also a super classic Jaguar. The view from his house is just superb, and this morning looking down the ground floor, I saw this black Nanny playing with a blond kid. I wonder if you will ever see the reverse of the coin, a white Nanny with a black child.

Enough of my social insights of this city, and who am I to talk about the good or the wrong of this society, when we have something to work on in our own city of Montreal eh? 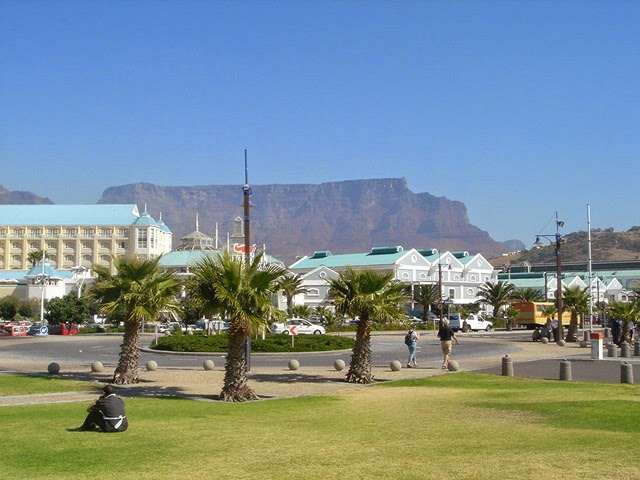 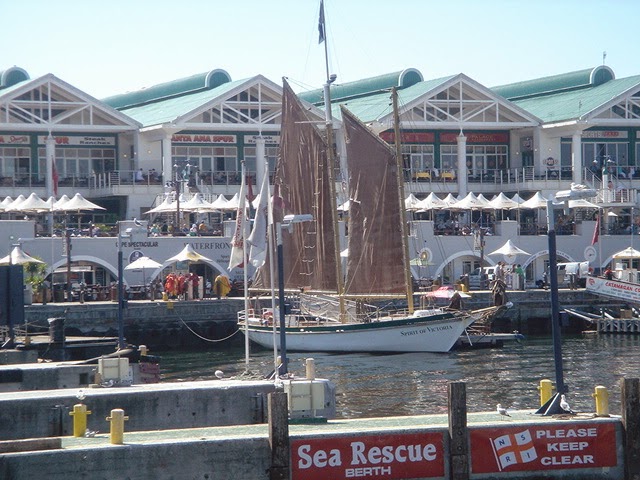 Today I spent it at the Waterfront, listening to live music on the docks, walking around with the breeze of the sea hitting your face. Tons of people walking around, tourists and locals, eating at restaurants, having a cigarette in the cafes, or just shopping in their largest shopping mall in town. I felt like I was walking in the Fifth avenue or Rodeo Drive, with so many nice and expensive stores, of course, where everything is 20% more expensive as if bought outside this particular mall.

I also decided to hit the Aquarium - you see, the seals are supposed to be lying around the docks, but with a weather of +40C, I'm sure they decided it was better to spend their Summer in the Antarctica. Although some people I spoke to today, told me it was funny to see penguins roasting under the heat of Simon's Town, and I wonder why didn't they leave to the South Pole as well - nice friends the seals, probably they left without inviting the penguins to their Summer house in the South. The Aquarium was cute, there were some divers "swimming with the sharks", and some skiny penguins around. 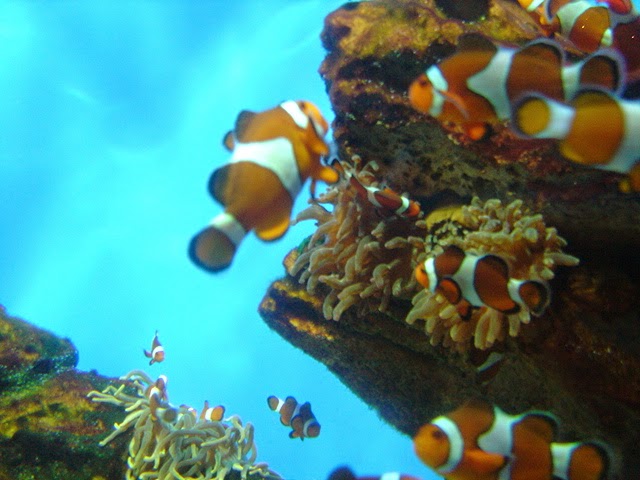 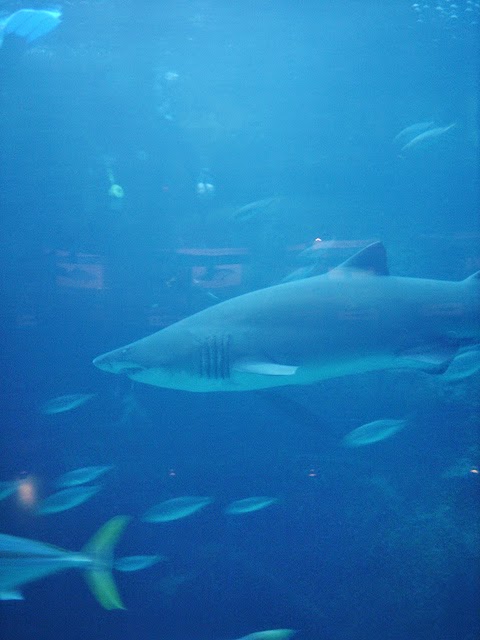 I have to say, so far, I have enjoyed very much this city, and I highly recommend it to anyone that wants to have some good time. The view of the city is just spectacular, and with all the good and bad, I thinking in extending my stay for another couples of days. I figure I won't have another chance to come back to Cape Town in the next little while, so if I'm already here, why not stay a little bit longer eh? Just don't tell this to my boss.

I will be posting some pictures when I return to Montreal, now the closest I want to get to technology is when I come to type these words in the computer.